Business is resin-ating: Environmentally friendly resin manufacturer, founded at the Oak Bluff Hutterite Colony, now ships its products all over the world 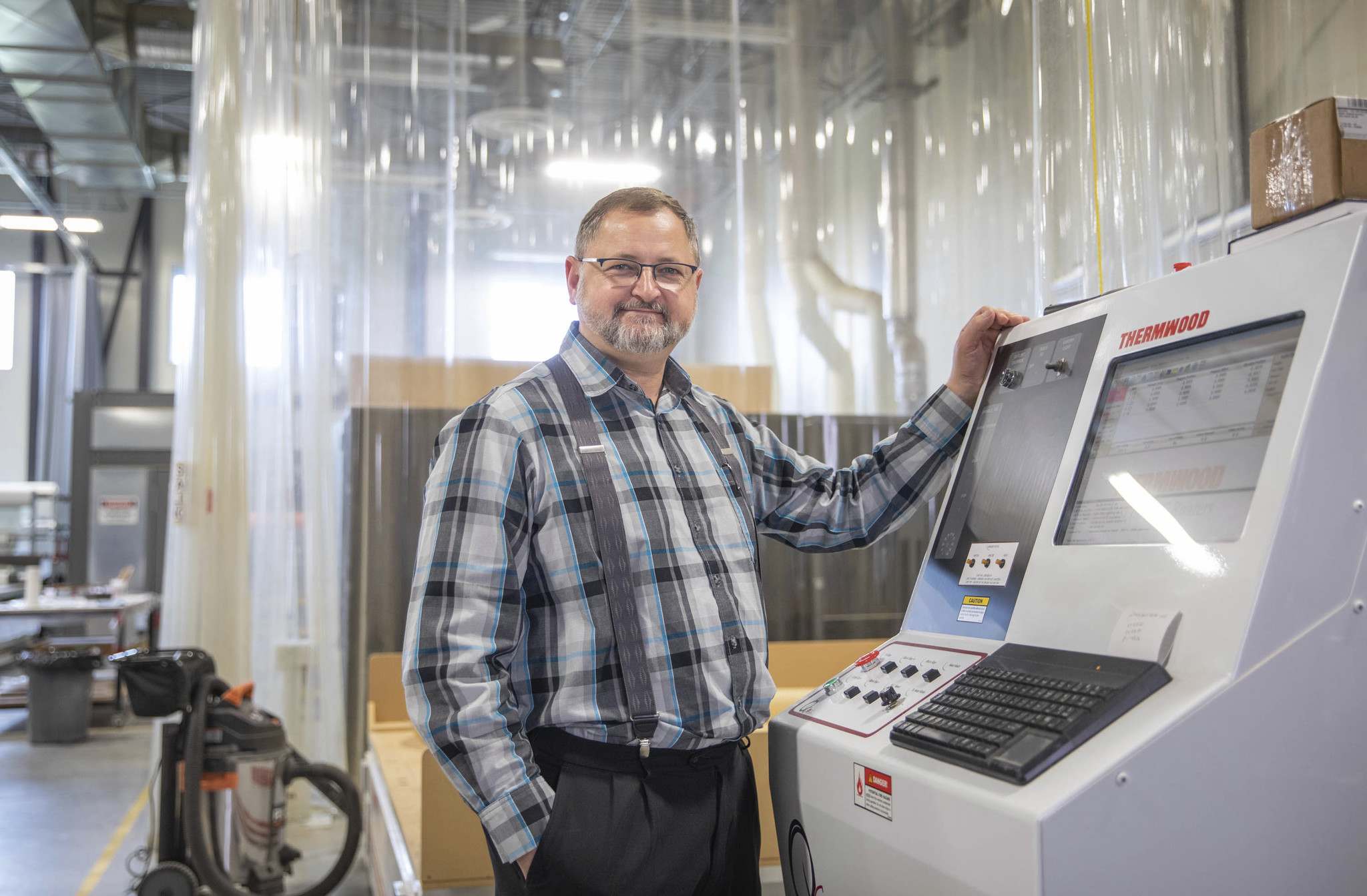 When the Oak Bluff Hutterite Colony started EcoPoxy a few years ago, it did so purposefully.

It wanted to get into a niche business that was going to be environmentally friendly and did not rely on the increasingly thin margins that agricultural commodity producers increasingly endure.

The company uses only bio-based content in its resins, avoiding all the petroleum ingredients that many other resins use.

Only a few years later, EcoPoxy has become a global business. Jack Maendel, the company’s CEO said EcoPoxy is shipping its coating and casting epoxies around the world and after its purchase last year of the assets of the Composites Innovation Centre out of bankruptcy, it has a fully equipped R & D lab. The company is putting the final touches on some new resin compounds using Prairie commodities instead of the imported palm oil it now uses.

In addition to industrial applications, EcoPoxy sells its epoxy varieties and colour additives to many artisans around the world who use it to create all sorts of distinctive furniture and housewares.

“I think we ship to just about every country other than North Korea,” he said.

But the ins and outs of international trade was not something he or anyone else from the colony had any real experience in, other than some modest sales to the U.S. in previous agricultural ventures.

Now, he attributes much of their international trade savvy to the World Trade Centre’s Trade Accelerator Program.

After taking the trade accelerator program (TAP) with the World Trade Centre, Maendel said he was enlightened about logistics options in moving product around and dealing with the requirement of brokerage, customs, duties and taxes in different jurisdictions.

“I didn’t realize we needed to take steps to protect our intellectual property or our brand around the world,” he said. “It was very important to be able to understand so we could organize the company to be able to operate internationally the way we do now.”

And Maendel said it’s EcoPoxy’s policy to share what they’ve learned about international trade to its customers.

“If we can teach others what we know we all win,” he said. “The things our customers do is amazing. They create incredible works of art.”

EcoPoxy helps its growing customer base market their products outside Canada through simple social media posts or sharing with them connections it’s made through the WTC.

One of those customers, Lynn & Liana Designs out of Steinbach, now ships its cheeseboard and serveware products — more than 100 different products — made with local maple wood (also imported acacia) uniquely combined with colourful EcoPoxy all around the world.

Founder Evan Funk was once an employee of EcoPoxy so he knew the potential of the product.

When he quit EcoPoxy to work full-time at his own family business most of its sales were of the wholesale variety to retailers across the U.S.

“We purposefully targeted the U.S. market when we started,” said Funk.

Now, through the WTC, his company has access to reams of leads. For instance, if it wants to find customers in France it can order up a list of 100 appropriate gift stores France, free of charge.

Sales at both EcoPoxy and Lynn & Liana have increased during the pandemic, likely at least partially because of the fact that people are spending more time at home pursuing craft and artistic pursuits.

That has created the need for even home-based businesses to get at least a working knowledge of international trade fundamentals.

She said the most valuable overall element of the program is getting the potential exporters to commit. It’s short term pain for long-term gain.

“The bottom line if they get an export plan in their hands,” she said. “It forces companies to stop and think about their strategy and then they can check to make sure everything makes sense legally or that they have the people with the right skill sets they need.”

With new intakes for October and spring 2022 now being accepted the TAP program has barely skipped a beat.