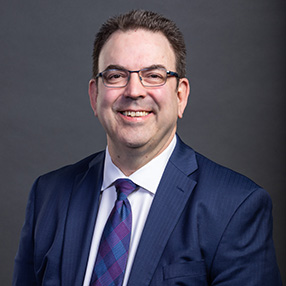 André Brin joined WTC Winnipeg on September 7, 2021. As Interim Chief Executive Officer, he works with the Board of Directors and the leadership team to develop plans and strategies to drive the organization’s goal of support economic growth in Manitoba, specifically through international trade.

André, 57, joined the organization as director of communications, before being named Interim CEO on March 1, 2022.

He returns to Manitoba after working in Alberta for most of 1999-2021, with the NHL’s Edmonton Oilers and Hockey Canada, based in Calgary.

André worked over 15 years with Hockey Canada, Canada’s national sporting body, leading all corporate and hockey communications for the organization for his final five years. Over his time with Hockey Canada, he notably worked with many of Canada’s National Teams at world championships, four Olympic Winter Games and a Paralympics.

Born in Emekuku, Nigeria to Canadian parents working for the Canadian International Development Agency (CIDA), he proudly calls Winnipeg his hometown, but also spent parts of his youth in Nigeria, Yellowknife, NWT, Sydney, NS and Algeria. 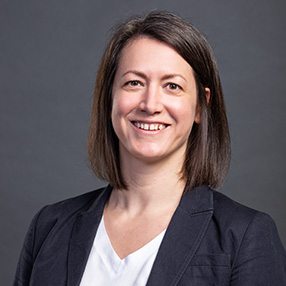 Originally from Manitoba, Natalie completed her post-secondary education in Ottawa and Winnipeg and has recently returned from 5 years working in Alberta. She brings over 20 years of public and private sector experience having worked in politics, medicine, education, finance, and tourism.  Natalie has dedicated over 25 years volunteering within francophone, political, educational, youth and sport organizations.

Natalie is bilingual with an intermediate level Spanish. She is a mother of three who loves gardening and outdoor adventures. 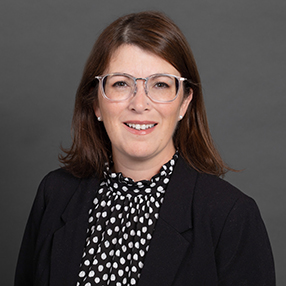 She holds a Bachelor of Commerce (Hons.) from University of Manitoba, and has demonstrated strengths in planning, organization, research and analysis.

Camille joined the WTC Winnipeg as a Trade Advisor with the main goal to help Manitoba companies thrive in new markets. She provides advisory and support services for established businesses, and she also helps them with connections and opportunities in the targeted countries.

She has a B.A. in English and Spanish and International Management as well as a Masters in Negotiation of International Projects with a major in cross-cultural communication. She has extended experience working in business development and client relations across Europe and North America. 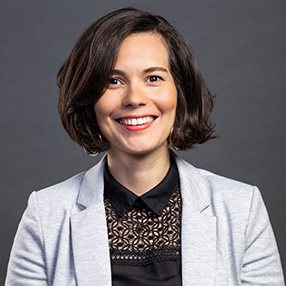 Boutaina Berrado joined the World Trade Center Winnipeg as a marketing and communications coordinator. She supports in developing and implementing the department’s strategy through various communication channels that the WTC uses to promote its services and products to current and potential customers and partners.

She has a master’s degree in Marketing and Business development. She has extensive experience working in marketing in an international environment across Africa and Europe. Berrado speaks English, French and Arabic. 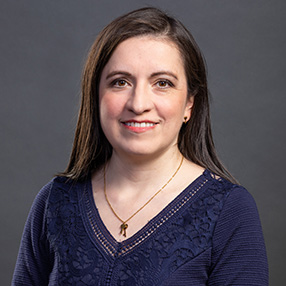 Originally from Bogota, Colombia, Esmeralda Rodriguez moved to Winnipeg in 2019 and then joined the WTC Winnipeg as a Trade Advisor. Her role is to help Manitoba businesses reach their corporate goals through obtaining strategic data, locating business opportunities, and connecting businesses with potential Canadian and international partners; as well as provide advisory services on issues such as export planning, market entry strategies and financing options.

She finished her International Business post-graduate program at the Manitoba Institute of Trades and Technology (MITT) and received her International Certification as a Trade Professional (CITP®, FIBP®). Before joining the WTC Winnipeg, Esmeralda worked for the United States Embassy in Colombia for ten years and was responsible for the transition of Immigrant Visa cases from Cuba and Venezuela to Guyana. 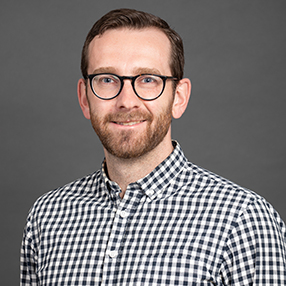 Paul Keefe is a Business Advisor with the WTC Winnipeg. Once working as a personal trainer and later starting his own consulting business, he’s developed an ability to foster deep relationships, help individuals create clear goals and objectives, and offer them support every step of the way to seeing their ultimate success. Paul also possesses direct business knowledge and experience from starting his own company here in Manitoba.

Passionate about small businesses and entrepreneurship, Paul is here to help you get your business started and to see you succeed. He brings a high level of positive energy, empathy, and focus to all his interactions. 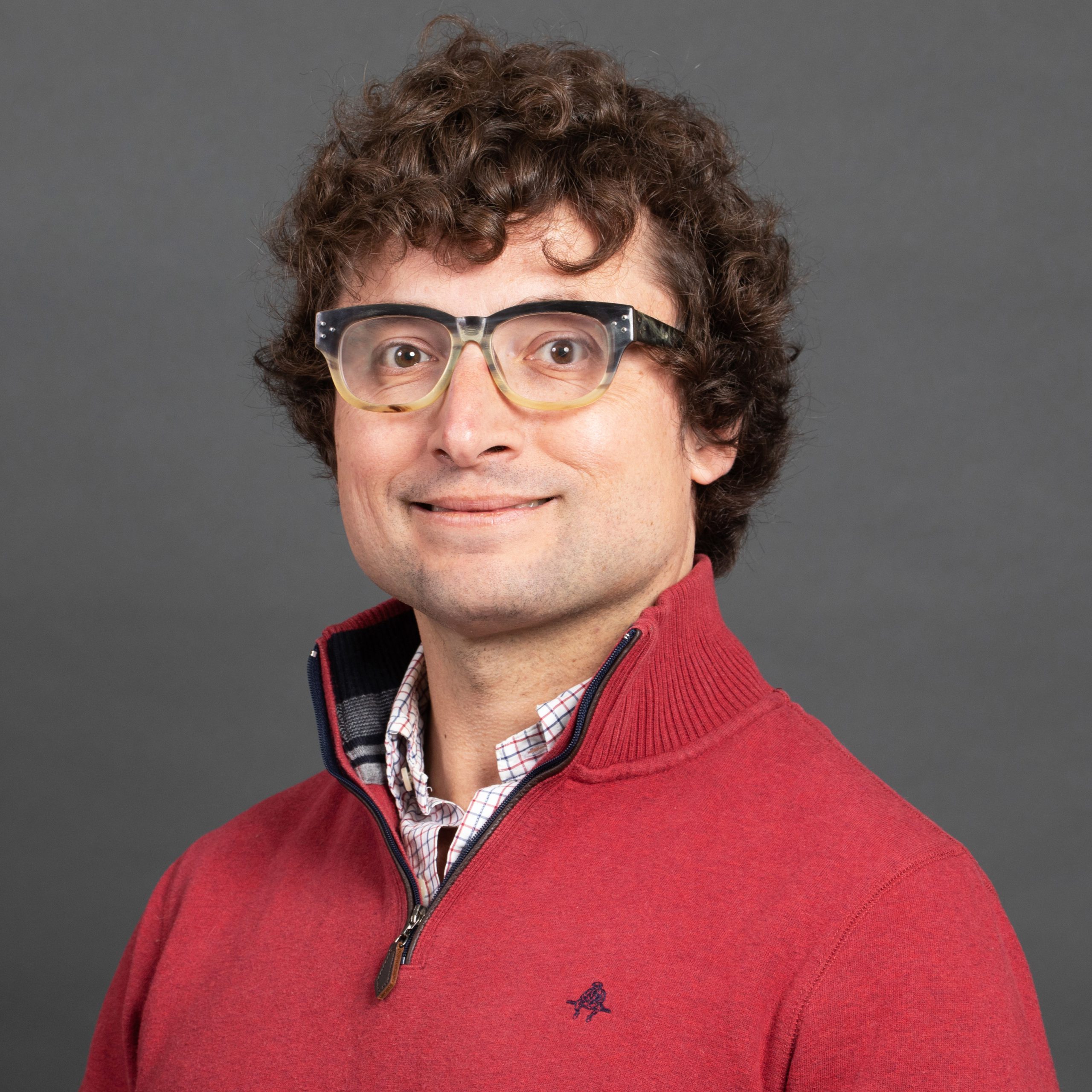 Winnipeg born and raised, APAC based for over 20 years – Pascal’s background features multi-sector on-ground international business and entrepreneurial experience.  Having facilitated transitions abroad for numerous companies he is personally familiar with both the opportunities and pitfalls of international market entry. A cross-disciplinary bicultural professional who has sat on both sides of the table – he now looks to leverage his experience for the benefit of Manitoba businesses.

Pascal’s educational background is in International Law having completed a master’s study in China’s
South-West Politics and Law University in Chongqing and a bachelor’s degree in international business from the Queensland University of Technology in Brisbane, Australia.  With full working fluency in Mandarin, he has specific experience in the agricultural, education, health, entertainment, and tech sectors with key competencies of business analysis, due diligence, and deal structuring.

Alexander Lavoie brings a wealth of knowledge and understanding of international relations to his position of Trade Advisor with WTC Winnipeg.

After graduating with a Bachelor of Business Administration, he spent one year living in Germany, three years living and working in South Korea, and has travelled to 23 other countries. He is proficient in English, French, and has a working knowledge of German.

As part of the client services team, Alexander is passionate about finding opportunities for Manitoba businesses to grow and thrive.

Paul brings a wealth of experience to the role, including over 7 years as a Senior Business Development Executive and a strong background in sales, marketing, contract negotiation, and account management. In his previous role at Western Global, Paul was responsible for building and strengthening productive industry partnerships to drive collaboration, engagement, and revenue stream development.

In his new role at WTCW, Paul will be responsible for cultivating and maintaining relationships with non-profit organizations and private sector businesses in Manitoba, Canada, and within the international trade network. He will work to create an efficient and sustainable partnership model that will help deliver the organization’s programs, services, and advice to Manitoba entrepreneurs. Paul will focus on building and developing partnerships that can help optimize the growth of the organization and create new revenue streams. Paul has demonstrated advanced financial and technical skills in complex customer environments throughout his career. 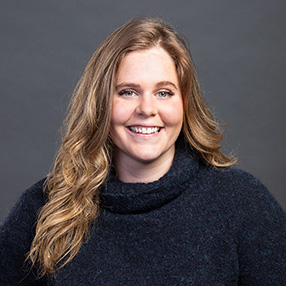 Katy Gray became a business advisor with the WTC Winnipeg team in October 2018.  Building on her years of employment experience in customer-focused roles in international and local companies, Katy received a Masters of Science in International Business Management from Teesside University, Prague, CZ.  She has now transitioned to the position of Project Coordinator, managing the WTC Winnipeg webinars, online training and more. 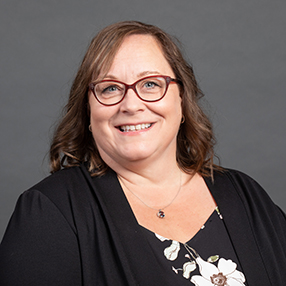 Being proud of her Franco-Manitoban roots, Anita has always taken pleasure in working in various organizations in the francophone community including past positions at Caisse Financial Group and more recently at Centre culturel franco-manitobain. As the Administrative and Events Support Officer, Anita enjoys managing the administrative duties and client relations for the team at the World Trade Center Winnipeg.

“You don’t build a business, you build people and then people build the business” – Zig Ziglar

With us since spring of 2022 as a Business Information Officer, Éric provides information and tools for client seeking to start, grow or expand their business. A recent graduate of the University of Winnipeg’s Business Administration program, Éric confirms the best part of working at World Trade Centre Winnipeg is hearing clients chasing a business opportunity. He always looks forward to helping local businesses in Manitoba. 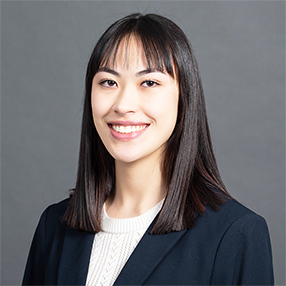 Nicole joined the World Trade Centre Winnipeg team in December of 2022 as Marketing and Communications Coordinator. In this role, Nicole performs a range of specialized and administrative duties to implement the organization’s marketing and communications strategy. With the goal to increase WTC Winnipeg’s visibility, Nicole focuses on managing the brand image and the design of marketing materials.

Nicole graduated from Red River College’s Graphic Design program and is happy to utilize her design skills in her position. 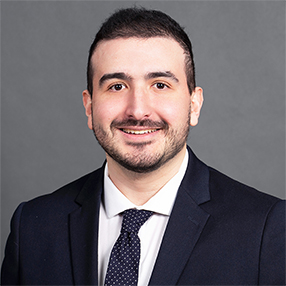 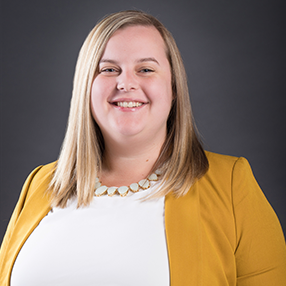 Stéphanie Fontaine leads many initiatives at the WTC Winnipeg with the support and direction of her colleagues. She has an infectious “get it done” attitude that serves her well in her position. Her goal is to bring together programming that gives Manitobans looking to expand their knowledge, connections or skills the right tools and training needed to better succeed.

Stéphanie volunteers with Junior Achievement Manitoba by mentoring and guiding the next generation. She is also a recipient of their 2011 VP of Finance award.