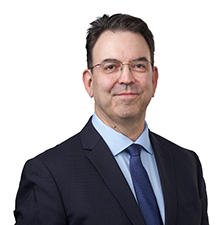 The announcement comes as the World Trade Centre Winnipeg embarks on an enhanced partnership with The Winnipeg Chamber of Commerce, and a restructuring that included Mariette Mulaire stepping down as CEO earlier this month.  Madame Mulaire will remain as President through April 29, 2022 to support the transition.

André Brin joined World Trade Centre Winnipeg as Director of Communications in September 2021.  Over the past two decades, André occupied various leadership roles at both Hockey Canada and with the NHL’s Edmonton Oilers, also serving as executive director of the 2005 Canadian Francophone Games, held in Winnipeg.

A graduate of the Université de Saint-Boniface, André also worked in the media, as a reporter and announcer at Radio-Canada (CBWFT, CKSB) as well as at French language newspaper La Liberté, and community radio station Envol91 FM.  From 1994 through 1999, he served as executive director of the Conseil jeunesse provincial du Manitoba.

“The board of directors is very excited to work with André on growing World Trade Centre Winnipeg and continuing to support Manitoba companies and the provincial economy,” said Fiona Webster-Mourant, Chair of the WTC Winnipeg board and President, Manrex Limited.

“I am honoured and proud to be entrusted with this great opportunity by the board of the World Trade Centre Winnipeg,” said André Brin.  “I look forward to working with the board, our great staff at the Centre, the Winnipeg Chamber of Commerce and the World Trade Centre Association network in planning a future which will allow us to continue to be a top resource for local companies and the Manitoba business community at large.”

“I am also extremely grateful to Mariette Mulaire for her support and look forward to working with her and the leadership team on planning for the future.  Mariette has grown World Trade Centre Winnipeg into an essential community asset, and I am excited about being part of its future.”

The World Trade Centre Winnipeg was founded in April 2012 by the owners of the World Trade Centre license, the Winnipeg Chamber of Commerce and l’ANIM (Agence nationale et internationale du Manitoba). The Centre serves as an information portal for Manitoba entrepreneurs. A member of the World Trade Centers Association (WTCA) and the Western Canada Business Service Network (WCBSN), the WTC Winnipeg is a bilingual private sector-led organisation that serves as the strategic partner for trade for the Province of Manitoba. Our core objective is to work with Manitoba companies to grow and to increase their confidence in international trade, providing them with training, tools and a network of contacts essential to compete locally, nationally and internationally.

The World Trade Centre Winnipeg operates through financial contributions from the Government of Canada and the Province of Manitoba and partnerships in the economic development sector. 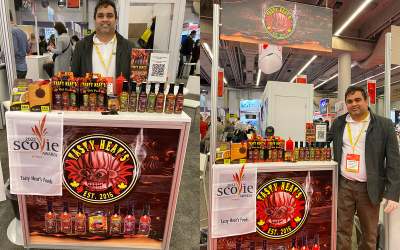