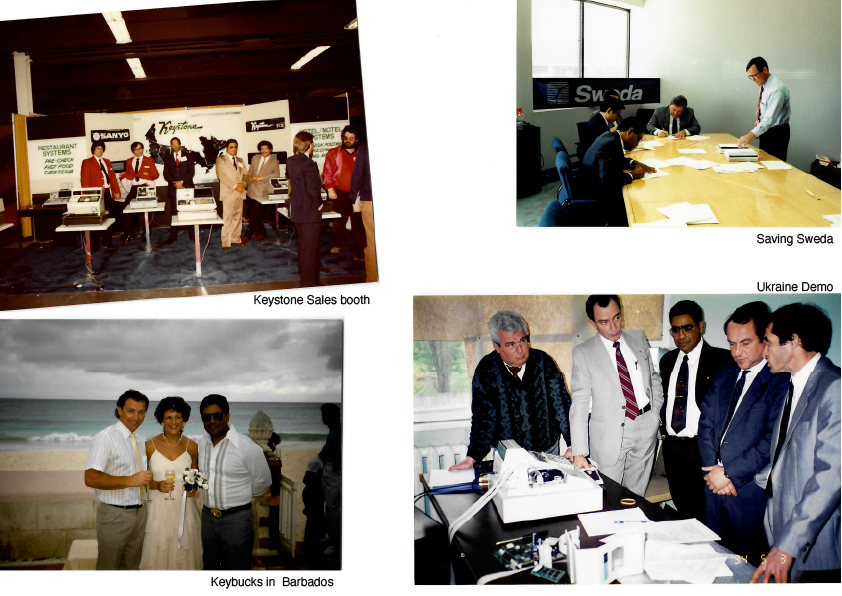 When a local entrepreneur ventured out of Winnipeg to sell his wares, he never imagined it would spark a worldwide business expansion.

Along with two trained technicians, Lee, who had also received technical training by National Cash Register, worked out of an office on Provencher Boulevard. Lee determined that the steep competition in Winnipeg was not profitable, so he sought a way to stand out from the crowd. “I made up my mind that I didn’t want to be competing with everyone in a small city, I thought that there must be clients out of town wanting to do business,” he says. “I loaded up cash registers in my station wagon, which was painted all over saying ‘Keystone Cash Register: Sales, Service, Rentals. Why Pay More?’ Then I took a drive to Swan River.”

After he arrived, he stopped at a local hotel for a slice of apple pie. When he came back out, he discovered multiple business cards tucked under his wiper blades from people looking for cash register sales and service.
After three days in Swan River, he had sold all the machines in his station wagon, while also collecting fees for service. After that, he branched out to other Manitoba communities, such as The Pas, where he became the go-to guy for everything register-related. “We had to walk the road less travelled. We gained all this business in rural Manitoba, and that became our mode of operation. At the same time, people in these communities didn’t have to go to the city to buy a cash register because they knew I’d be coming there soon in my billboard car,” Lee says. “If we hadn’t done this, we’d be struggling in the city where nobody knows us. We’d be fighting to sell one or two machines. Our ideas about export began when we started to ship to rural Manitoba by bus.”
In 1982, a decade after the company was incorporated, Lee approached a customer who repeatedly ordered three cash registers at a time. He found out the man was shipping the machines to Argentina for his uncle to sell. A new law in Argentina required all businesses to have a cash register, Lee explains.

Lee flew to Argentina and met with the military government, providing advice about how to manage the distribution for the entire country. At the end of the conversation, Lee left with an order for 10,000 electronic cash registers. “This stabilized our company,” recalled Lee, who speaks Spanish fluently. “But things were changing because there were now electronic cash registers (ECRs).”

In 1986, Lee noticed that a cash register company called Sweda was falling behind in its technology. He spoke to the boss of Sweda’s Dallas-based office and told him he could save their company. As a result, he began sending containers each month of Uniwell ECRs, designed by Optima, created in custom colours for the company. Lee also flew to Mexico City to visit the privately owned Sweda branch and the owner decided to buy ECRs from him directly.

At the same time, Lee began doing business in the Caribbean, including the Dominican Republic.
In the 1990s, he started to sell fiscal registers to Argentina and Brazil. ECR sales to other global destinations continued, including to Ukraine, Slovakia, Pakistan, Cuba and beyond. He offered an incentive program called Key Bucks to encourage Dealers to sell his products. “With an export business, you just can’t keep going where everyone else is going,” Lee says.

Throughout the decades, the Manitoba Company continued to remain on the cutting edge of the industry. During the pandemic, they began to assemble their own line of made-in-Canada point-of-sale systems, complete with their own GoPOS software, called the APOS series.

Lee’s son Jason is vice-president of sales and operations for the family business. He recently joined the World Trade Centre Winnipeg’s Trade Accelerator Program (TAP) to gain information about selling their new product globally. “The TAP program allowed myself and Alex Yero, who handles operations in South America, to learn more about what was offered through the World Trade Centre. We learned a lot on how to continue what my father was doing as well as other ways of reaching out,” he says. “By taking the TAP program, it allowed us to safely export our business into other countries to expand. That’s where the TAP program was very useful for us.”

Marking a milestone, Optima (formerly Keystone Cash Registers) is the 100th graduate of the Trade Accelerator Program. And through TAP, Optima recently connected with the Canadian consulates in Colombia and Chile. “The consulates reassure us that the businesses we’re dealing with outside the country are legitimate, which removes a lot of legwork that my father had to do himself in the old days,” he says.
“Today, for other companies to expand and start exporting, there are a lot more tools available. My advice to them is to research, contact the World Trade Centre, ask questions about the markets you want to go after — and just go for it. The TAP program is very educational.”

Likewise, David Lee offers a few words of wisdom as the founder and President of the successful company. “You have to think out of the box,” he says. “When you get out of the box, the world opens up.” 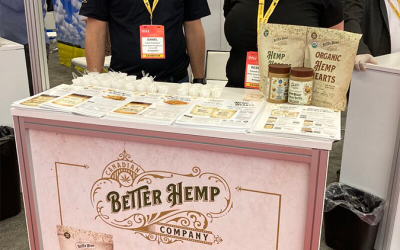